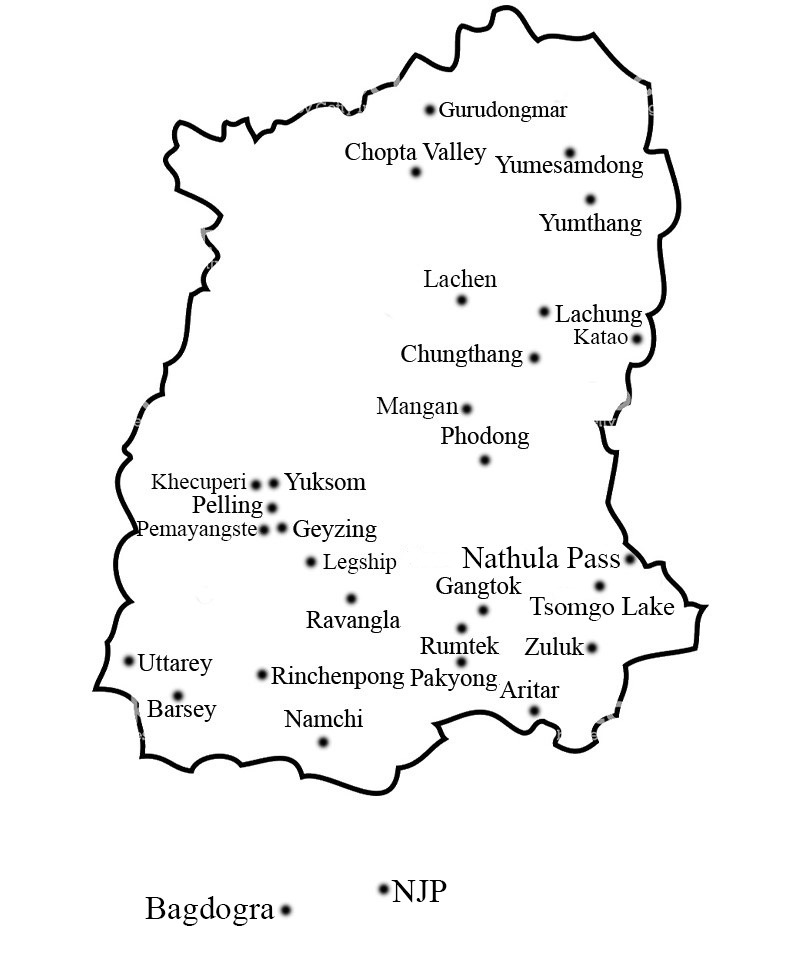 It borders Tibet in the north and northeast, Bhutan in the east, Nepal in the west and West Bengal in the south. Sikkim is the least populous and second smallest among the Indian states.

A part of the Eastern Himalaya, Sikkim is notable for its biodiversity, including alpine and subtropical climates, as well as being a host to Kangchenjunga, the highest peak in India and third highest on Earth. Almost 35% of the state is covered by the Khangchendzonga National Park.

With its Lush and thick forests, flush with blooms of exotic flora, hilly expanses embellished by Sikkim’s two main rivers, the Teesta and the Rangeet, the picturesque villages, hot springs and waterfalls have a compelling appeal.